Spirit of innovation and entrepreneurship: A competition for school-goers 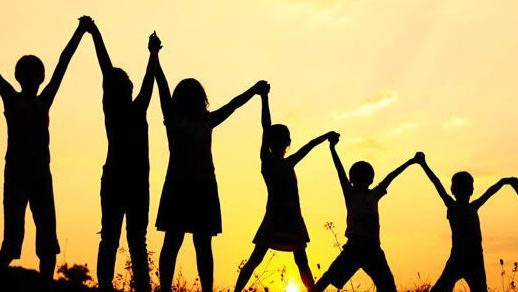 During a training session on the spirit of innovation and entrepreneurship, the participating kids of different age groups were asked to put a word before their names to describe themselves.

The session, jointly organised by Edward M Kennedy Centre (EMK Centre) and a2i instantly became interactive and fun. Tanzir, one of the participating kids at the sessions, described himself as “Positive Tanzir.”

When he was asked why he thinks he is a positive person, Tanzir explained, “I think I have a positive attitude towards life hence I am a positive Tanzir.”

Another teenager, Adil explained that he is adaptive so he prefers to have the adjective “adaptive” to describe him.

“I can mingle with everybody and I prefer to adapt myself in every difficult situation,” he said during the session.

The session took place on 6 December and is a part of the first kind of innovation challenge for the kids aged between 12 to 19 (grade 6 to 12).

The session took place on zoom to inform the students about the challenge.

Talking about the main goal behind this competition, Asif Uddin Ahmed, acting director of EMK Center, told The Business Standard, “Despite Bangladesh ranking 168th out of 190 countries in ease of doing business index done by the World Bank, there has been a significant movement around entrepreneurship development. Entrepreneurship is becoming far more well accepted among the youth and within the society as whole.”

“In a time of crisis and uncertainty, the ability for each of us to think and operate like an entrepreneur is more essential than ever. We are being taught business and profit as negative terms. As an academician and entrepreneur, I have been very keen to change this mindset from a very early level. This young entrepreneurship challenge is a small step to that future.”

In partnership with ALokito Hridoy Foundation, the participating kids will be taught on thinking like an entrepreneur and provide guidelines on the practical side of turning an idea into reality. The top three winners will receive exciting prizes.

With a motto to educate the youngsters with the ideas of innovation and entrepreneurships, EMK Centre plans to introduce the students to the creation of enterprise through this competition.

On 14 November, an open call for registration for the challenge was launched, and was open till 15 December to collect the ideas from the students.

Through this challenge, the EMK Centre aims to build a bridge between a student’s thinking process and entrepreneurship.

Next phase of the competition, which is to begin from 26 December, will be engaging and the students will be required to participate in group activities virtually and will be instructed to submit their video on the theme.

This phase will be followed by monitoring sessions from 28 December to 4 January.

After the mentorship, the teams will present their ideas to the jury panel. The panel will consist of education experts, policy makers and Unesco.

Each of the teams will get a 5-minutes pitching session. Followed by which, top three projects will be awarded funding